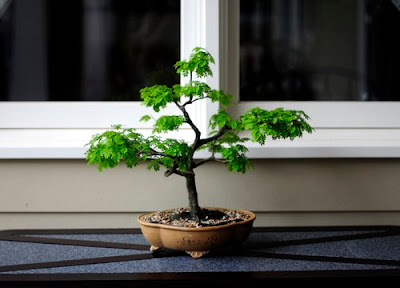 Over at the Athens Inbox, you'll find an interesting story about a major celebrity returning to the Athens area (specifically to Nicholson, the homeland of my good friend Scott Brooks, who once had a run in with the very same celebrity at the mall when he was a teen).

And closer to home, check out the AJC story and photos about a stunning home at the Georgia Club (full disclosure, the Georgia Club is a client). I was able to tour the home and its gardens and it was amazing -- it's great to know that these types of innovative homes are being built in our area.

While the housing market might not be good in general, it is exciting to see interest picking up in some of our area's unique homes.
Posted by Brian at 10:49 AM No comments:

National Media Getting it Right

I don't usually do much worshiping at the altar of The New York Times or The Wall Street Journal. Frankly, I typically disagree with most writers at The Times and The WSJ is rarely local enough to suit me.

But today I stumbled across several stories that indeed are well thought out and very relevant to our local economy.

First, Wall Street Journal columnist Holman Jenkins makes the case for why congress should not get involved in bailing out residential real estate mortgagees, and by extension, the developers and banks who made poor choices. While many people instinctively oppose most bail out options -- including one proposed by Georgia Senator Johnny Isakson -- Jenkins' story puts a lot of meat on the bone. The fact is, widespread fraud was going on, according to my friends in the media. But does that fraud justify a national bail out? In my mind I still can't justify a bail out for an industry that made many of its own mistakes. The two issues have to be separated, or otherwise we wind up with a massive program that allows every person who made a poor real estate decision an exit strategy with our tax dollars. I'm sorry, but being underwater on a mortgage (or being unable to pay your mortgage) should not entitle you to a handout.

This issue is certainly relevant in Oconee, where dollars and speculation ran way ahead of reality, and now shuttered and empty subdivisions line once pastoral Hog Mountain Road and other areas. This excerpt says it all: "One sure way to guarantee bubbles without end is to institutionalize that one-way bet. That's what a bailout would end up doing for those ultimately responsible for directing a large chunk of the nation's savings into unwanted, uneconomic housing." Wow. Like I said, read the column.

Second, Tom Friedman and David Brooks at the New York Times really nail a couple of national issues in their columns (linked at their names). Friedman, one of my favorite authors and columnists, has long had my admiration due to his strong advocacy for energy independence -- and not just the "we need to drill in Alaska" type of independence currently espoused by the Sean Hannitys of the world. As I have said before, if this country can't lick its dependence on oil -- whether domestic or foreign -- we are hurting. Oil prices ripple through every part of our economy. Combine it with our debt to competitive nations, our lack of domestic manufacturing capacity, and a variety of other domestic issues, and we have major issues that ripple across the nation. Friedman's key point: the longer we wait to "unleash" American ingenuity and "energy" on the oil problem, the harder it will be to escape our addiction. See the chart for how preparation can help us overcome and plan for the rising prices of oil as supplies dwindle.

Brooks takes on another issue -- the "Christmas Tree" farm bill which bothers me the more I read about it. Legislators and big farmers love it -- "Something for everyone! Yay" -- but most good government advocates on both sides hate it. Barack Obama, despite his rhetoric about fighting special interests, supports the bill. John McCain opposes it. The more I learn about McCain, the more I like him, although I still wonder if he has a chance this fall against the charismatic senator from Illinois. Oconee farmers: what do you think about the bill? Am sure Paul "Mr. No Earmarks" Broun will oppose it. Perhaps the local media will take a look at the bill and see how or if it impacts this area.

Oconee's economy is closely tied to both cheap gas and agriculture. Not as much as other suburban counties -- which is a good thing -- but we need to take a hard look at how the oil issue in particular could impact us over time. What type of industry do we want? Is it realistic to expect people to commute to Atlanta? As food prices rise and land values decrease, should we take a harder look at crops in Oconee? Should we push harder for the brain train? Focus on industry besides real estate and growth-related industry for future jobs?

Bottom line: There are answers to all these questions, but they will require hard, courageous decisions by politicians. What usually forces politicians to make these decisions? Unfortunately, a lot of economic pain for American consumers and businesses, who then kick the bums out and force the new guys to find a solution.
Posted by Brian at 12:38 PM 5 comments:

Downs and other Pre-K programs are just one reason Oconee has such a strong school system. Fortunately, we are blessed with wonderful parents, educators and other leaders who view their stewardship of the system as a legacy and responsibility. If you've ever lived or visited anywhere else where the school system is broken, you understand how much we have to be thankful for in Oconee.
Posted by Brian at 7:44 AM 1 comment:

Athenians Getting Crafty -- What can Watkinsville Learn?

This is a fascinating story in today's Athens Banner-Herald about the Athens Indie Craftstravaganzaa. Many people don't appreciate the number of jobs and the level of opportunity that comes with creating original arts and crafts.

In Watkinsville, we have a strong "crafts" industry. This includes everything from the Chappelle's and their attendant businesses (the Chappelle Gallery and Happy Valley Pottery) to a variety of other artists, potters and artisans. Indeed, the energy and artistry that comes with arts and crafts is one of the things that sets our community apart from others our size. Southworks (pictured) is also a great annual event that highlights local artists. 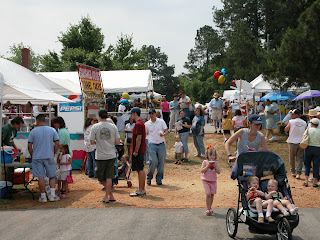 While we may not have as many beautiful restored homes or historic buildings as other Georgia communities, The Artland of Georgia is unmatched for creative artists finding new and innovative ways to create and sell.

While Jerry and Kathy Chapelle have worked hard to nurture this industry, and shop owners like Dolores Schofill at Circa Antiques and Gardens showcase our local art, I wonder if there are other ideas or communities who are also doing this. Are there incentives governments could create? Skills that need to be nurtured or trained? The Craftsravaganzaa is surely just one great idea of many -- what else can Watkinsville do to better nurture this small but critical industry?
Posted by Brian at 2:33 PM No comments: